Enchanted Castles Simville – Once Upon a Time – Part 6

When we are talking about Generations we now are running 2 sides Kasandra’s and Jon’s.  Kasandra never actually had any children, but she created Simbots.  Simbots can’t have children so they will be the last of their line.  But that does not mean the Simbot’s can’t have fun.  Where Hector moved out but still visits. Bitzy and Wendi started a romance. 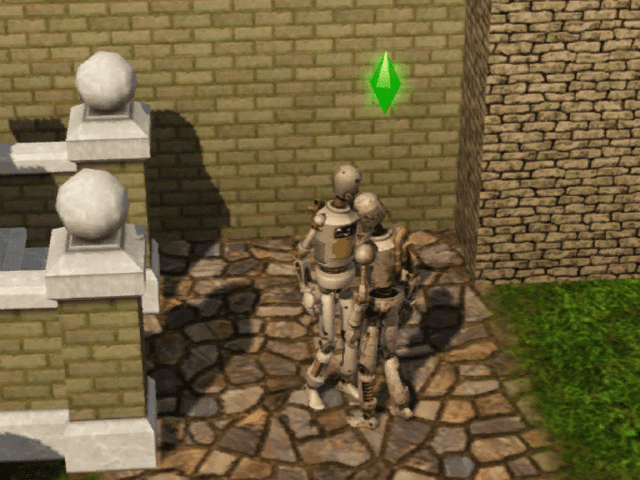 Now the Simbot while they are in a romance they have been playing an important part of the family as a whole.  They take wonderful care of the children when the parent’s are busy. Here you can see the NannyBots. 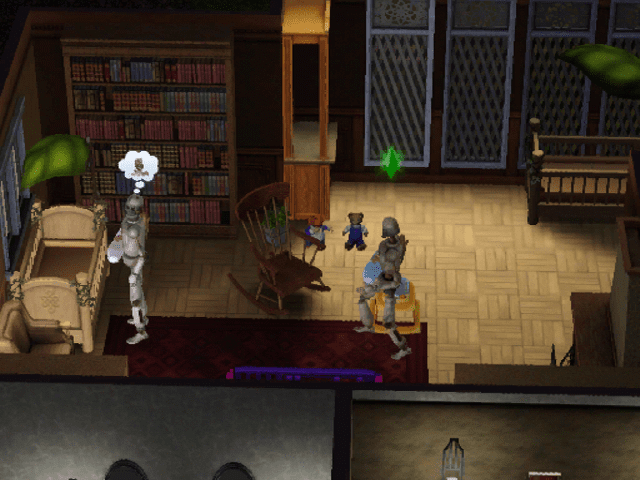 Tarren invited his Aunt Kasandra to visit and play with the last twins, when suddenly it was too much for her poor heart (which everyone was sure it was all those time travel visits she took).  Well poor old Kasanadra died right there in the babies nursery. 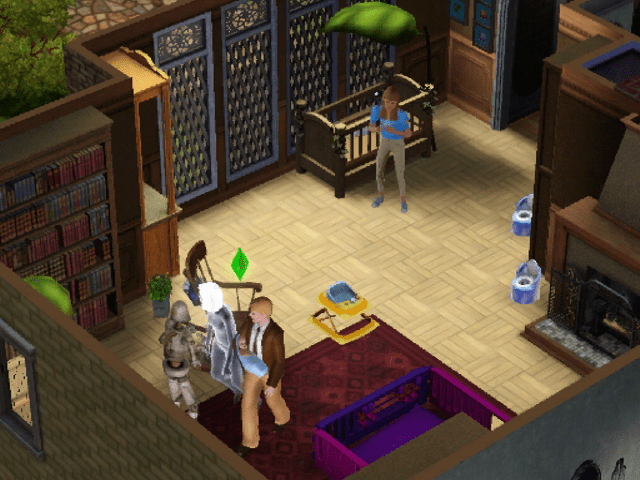 Tarren loved his Aunt dearly so he made sure her tombstone was placed in the family graveyard with care.  On Jon’s Side we had Tarren keeping the family going. 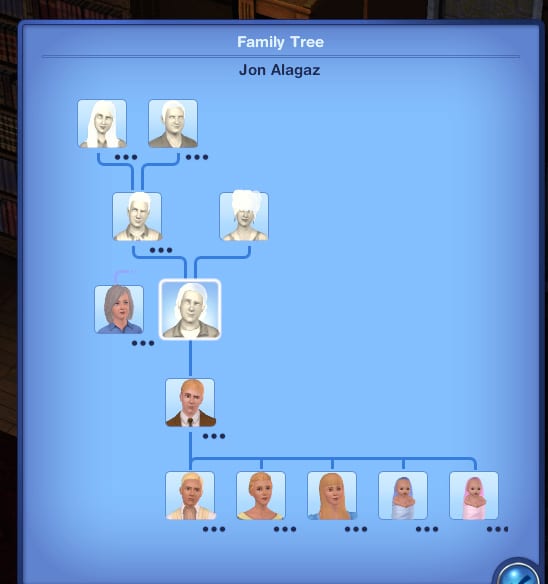 Then Tarren had 5 Children because his wife wished it so. The older 2 Twins Rodney and Rebecca moved out but the younger twins, Razzel and Dazzel, and the truly middle child Roseann decided to stay at home.  Roseann Gradutated and everyone attended, even the Simbots. 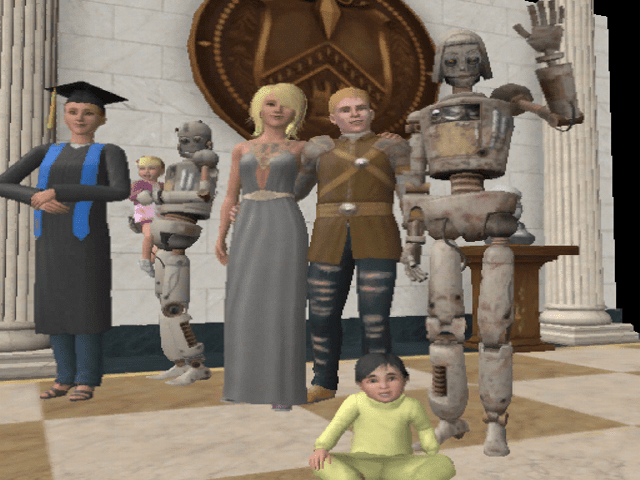 After graduation, Roseann started her career as an Investigator the very next day. 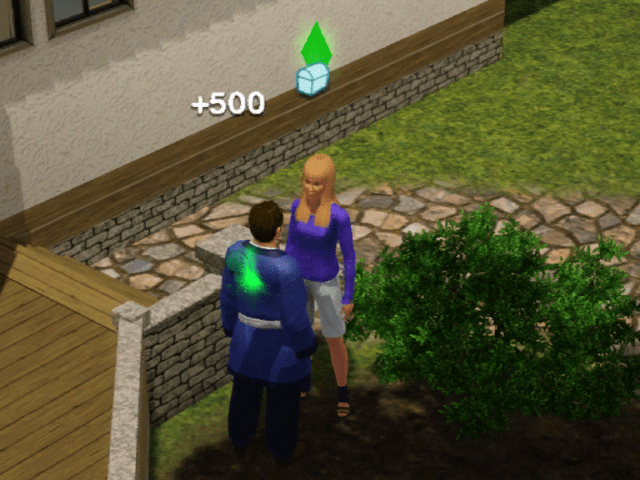 And Tarren did a great job of adding to the collection Lady Kathleen started.  The Legacy Family Wall Pictures. 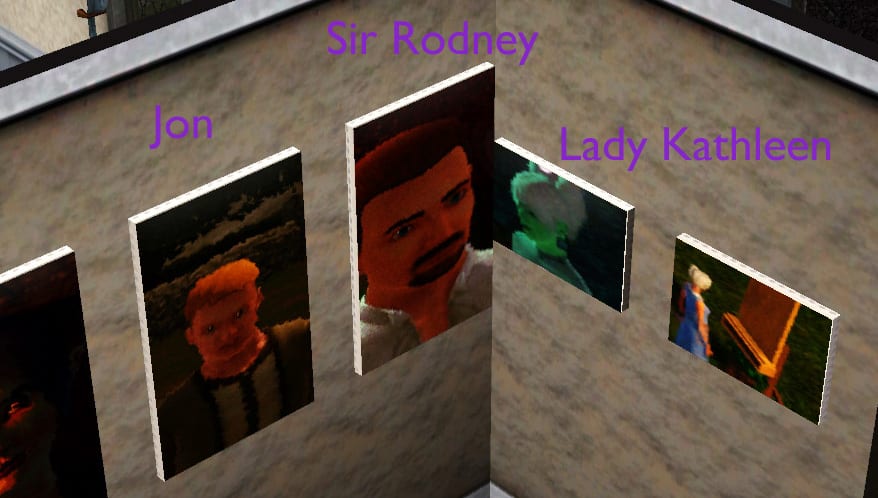 Next he will have to add Razzel and Dazzel to the wall.  And talking about Razzel and Dazzel, they even at a young age decided which direction their life was going.  Show Biz!  Dazzel wants to be an actress and has already got 4 stardoms and she has not even started school yet.  And Dazzel decided he would be her Director and they would become the Razzel Dazzel Team.  Who would have know that the simple Sir Rodney ghost sighting would have such an impact on their young lives.