Enchanted Castles Simville – Once Upon a Time – Part 9

After the death of Tarren, this made Jarod the head of the family as he was named heir in Tarren’s will.  So Jarod completed that goal so far.  The styling of Dragon Valley will take more time, but there was one more goal for Jarod that he never told anyone.   It had to do with Love.  In the future Jarod had first met Toya on the day of her wedding to style her makeup.  He had fallen in love with her instantly, but she only had eyes for the man she was getting married to.  Now this was reason three for Jarod going back in time.  He wanted to meet Toya before she ever see the other man, and try to win her heart. Well after Tarren was placed in the Family Gravesite, Jarod had Dazzel call for a party, telling her to invite all the 5 children of Tarren and Danica for a Generation Photo, and invite a few others for more fun.  Jarod made sure Toya got on the list. 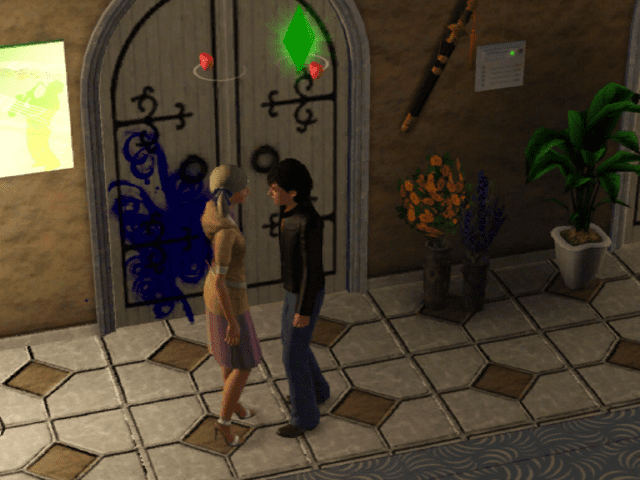 Toya came to the party and Jarod’s whole life was changed when he had a  whirlwind romance.  Before anything could go wrong Jarod married Toya right away as well.

And the 5 Children did get that precious Photo taken. 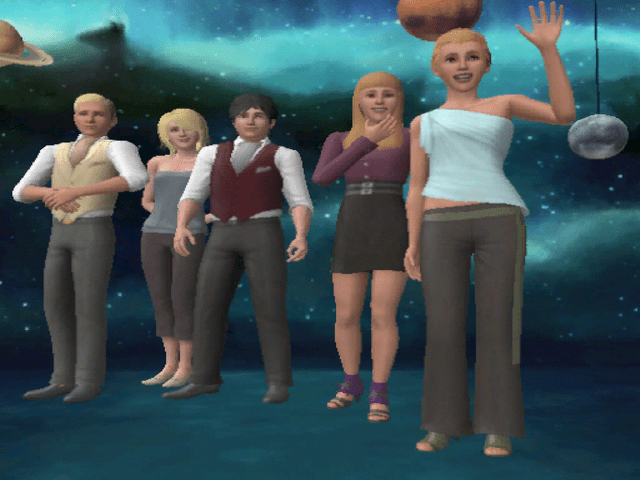 Then suddenly things went wrong in the simbot world, Bitzy slapped Wendi and a fight started before the party was over. 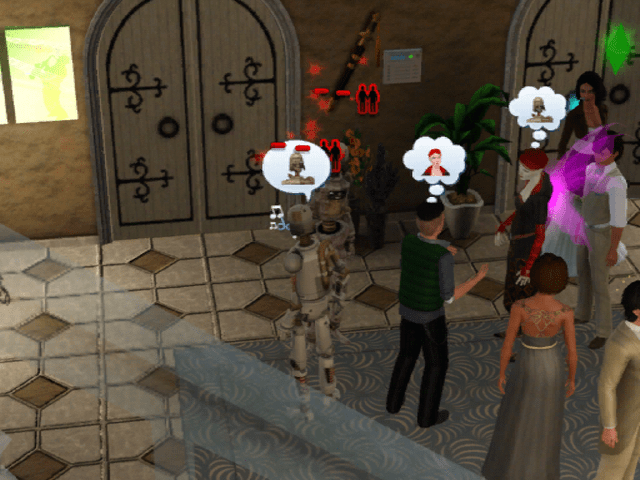 Well that put an end to the party and for the next few days Bitzy and Wendi would see each other and the fight was on.

Well Jarod could not have this because Toya just told him he was going to be a Daddy. 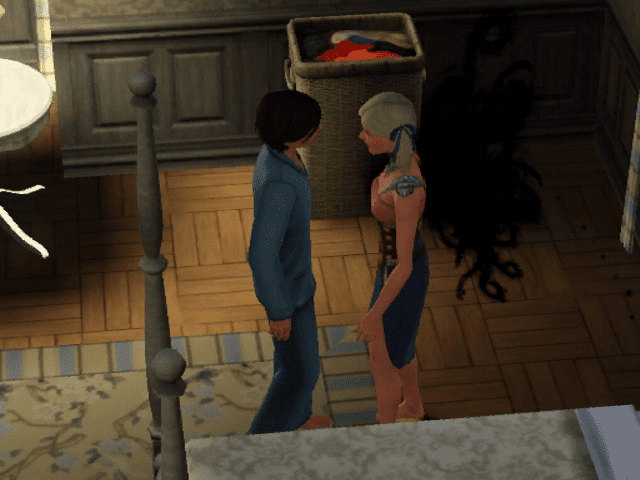 So being a warlock and even though he told himself he would not meddle in love spell again, he had to do something as he could not have his nannies fighting when the baby arrived.  So he cast a love spell on BOTH of them.  Ohh no now the house is full of flirty simbot noises.  Ohhh Dear!  At least they are not fighting.