Enchanted Castles Simville – Once Upon a Time – Part 10

I am too young to be a grandma claimed Roseann.  I just had my adult birthday, I am not even an elder yet!  I never got married to that rat Ethan even so now this makes me not only a single mom but a single grandmother.  Boy isn’t this a good tale to tell my next date.  That is if I can even get a date now! 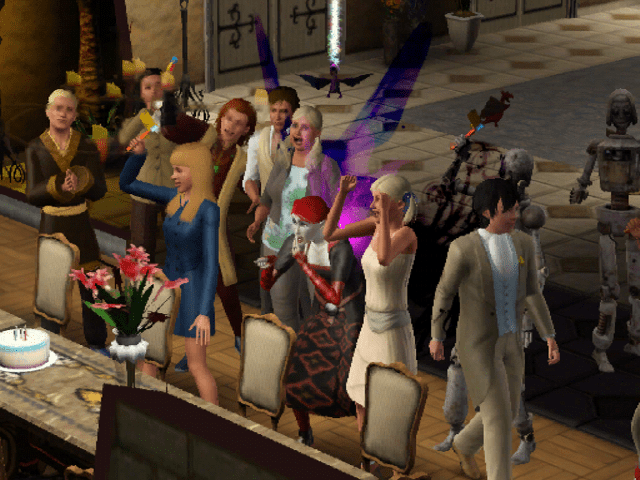 Then her rants a raving stopped as soon as she met her grandson Daymin.  He was so cute and lovable that her heart melted.  As Daymin grew up a bit, Roseann decided every young warlock needs a familiar so she adopted Kris, a cute kitten from the shelter.  She dropped the kitten off in Daymin’s lap and watched them become BFF’s. 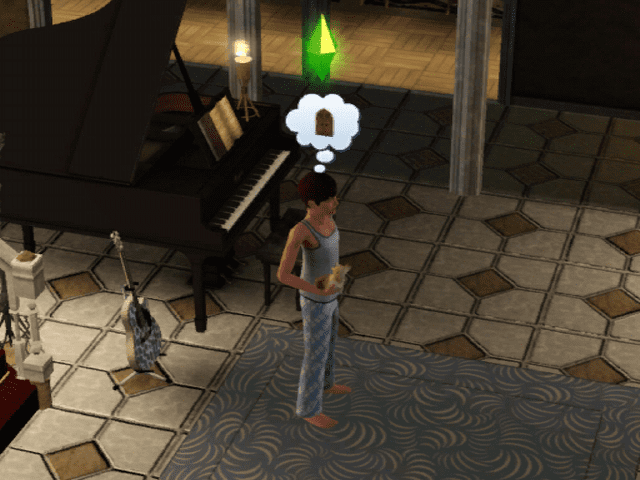 Then the real world came back into focus and she rushed off to work as her case load was still high.  Roseann finally solved 20 cases of the 35 on her desk.   And she realized that Razzel and Dazzle are already at the top of their careers as Director and Super Star and she still has more bad guys to hunt down.

Razzel being a famous Director keeps getting a lot of dates.  Dazzel was worried about him until she found this picture of him with a girl he has been dating the most.  Dazzel thinks they may be made for each other. 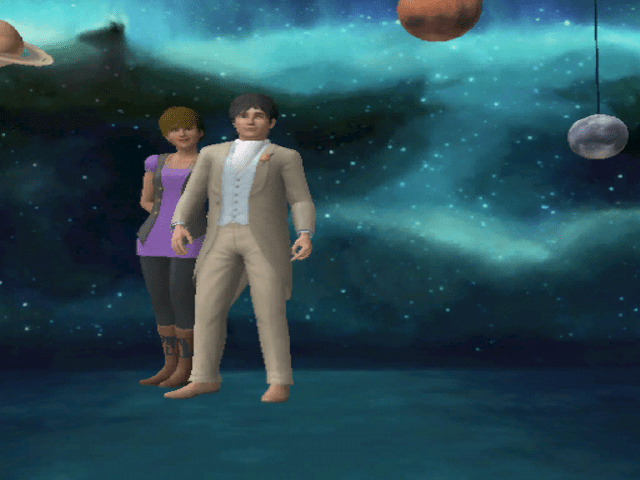 Jarod finally achieved one of his life goals which was to re-style Dragon Valley. 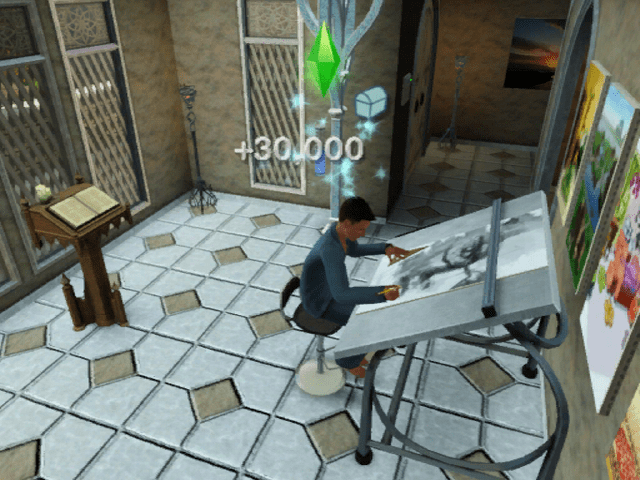 Right after that Daymin asked Brooke to the prom, which is a first for the Alagaz family.  Normally they all go stag.  Toya and Jarod were so proud when Daymin came in beaming and showing off his prom picture to everyone. 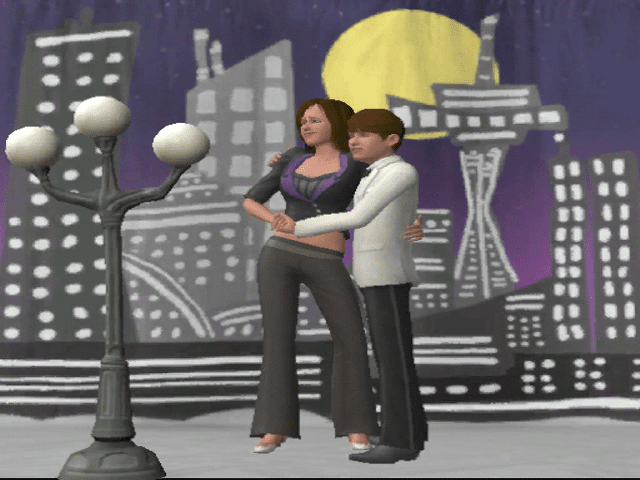 Roseann was so pleased with her grandson she went over to Rodney’s house and asked him if she could have one of his puppies for Daymin, as Daymin loves animals.  Rodney would not answer Roseann, so she just picked up the puppy named Taylor and put her in her pocket.  Once she got home Roseann bought Taylor a bed and toys.  Daymin was so pleased and made friends with Taylor right away.  But the next day when he got up Taylor was no where to be found.  So now everyday Daymin spends time searching for him new puppy.

While all this was going on no one noticed how depressed Dazzel was getting.  Sure she put on a happy face in front of her fans, but inside she was scared that she would age.  She had the curse of all actresses.  Well one of her fans sent her a present with a note that said, “For immortality use this stone”.  Razzel figured it was a joke that her brother, the Director, was playing on her so she used the stone and the first time it gave her a bar of gold. 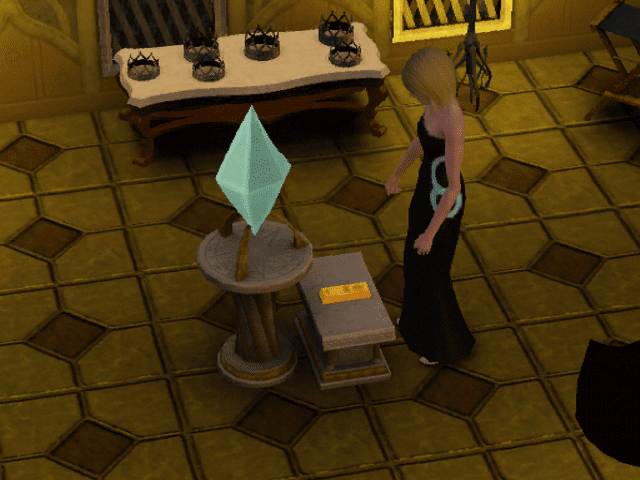 But the fatal 2nd time she used the stone she was turned to gold.  Now she was immortalized in gold. 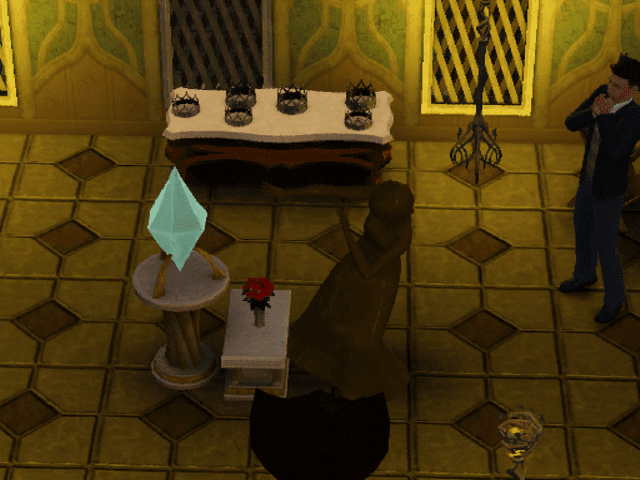 Razzel ran in just as the Grim Reaper took his beloved sister away.  Razzel was obsessed with this stone and determined to share his sister’s fate.  He tried and tried and tried. 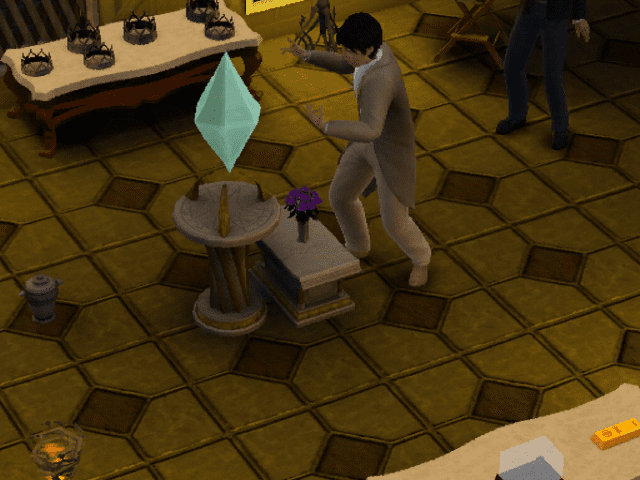 After about 12 times and 8 bars of gold Razzel got his final wish. 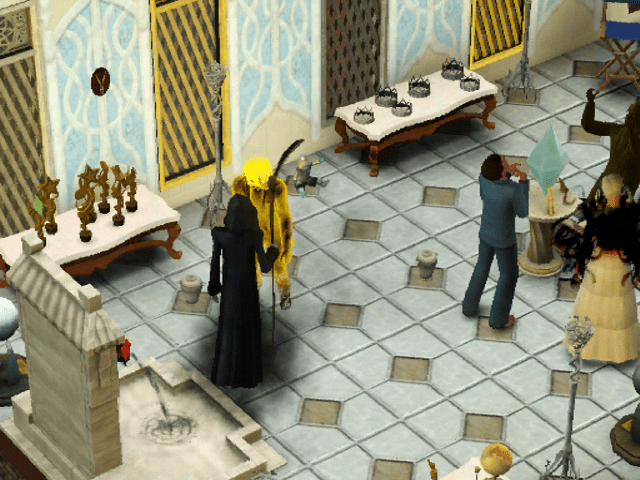 He followed his sister and was taken by the grim reaper.  He left a note to the family to please place the statues in the courtyard by the pool where they can be together forever. 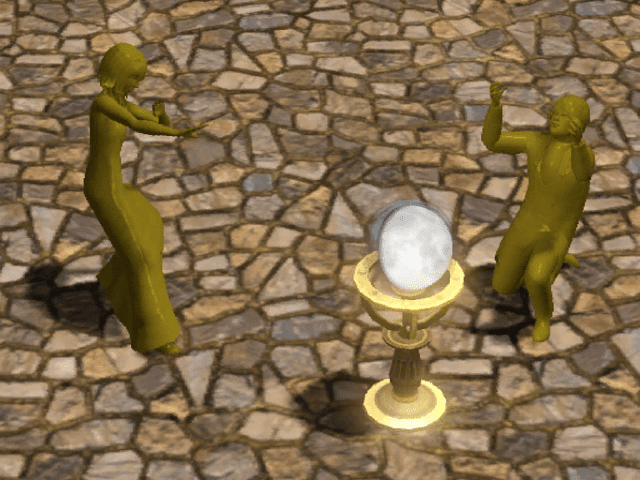 And this is where they are forevermore.