Spring was going well then suddenly there is a raid.  Archers and Catapults.  Hmm, what is my strategy?  Well... they did not attack.  Silly raiders.. so we slept through it.

The first day in summer a raid from the Third Comming.  They had catapults. which poofed after the fight, but the old ones in the red zone are still there.. (I was hoping they would all poof like they should)

Ethelgar came running out of the forest followed by some bad Barbarians that wanted him as a snack.  We took him in and waited for the raid.

Not too long after that raid we have the Third Coming Attack Raid again.  They had bows so a couple of my settlers got hurt but they lived. So II would call that a win!  The funny part was after the raider was running away my gardeners Sigmund and Maynard decided to attack and were running after them as they ran away.

The picture to the far right is the building's progress on the last day in August.

Mid Winter Aliva arrives to see if she can help with the cooking. 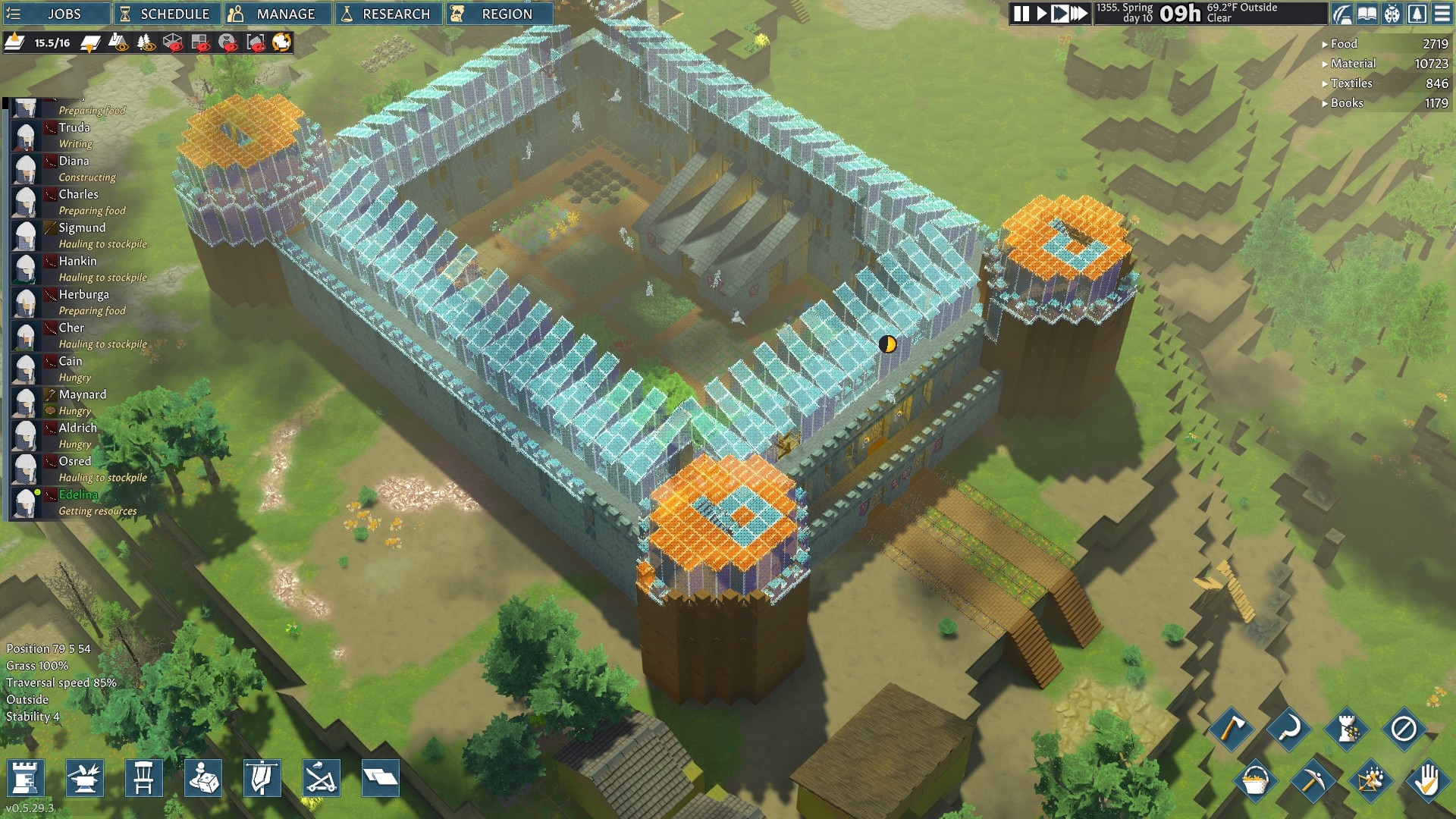 We had to change the castle top style a bit.  Settlers kept getting stuck in the roof area.  So now they have a way down if they pop on the roof. 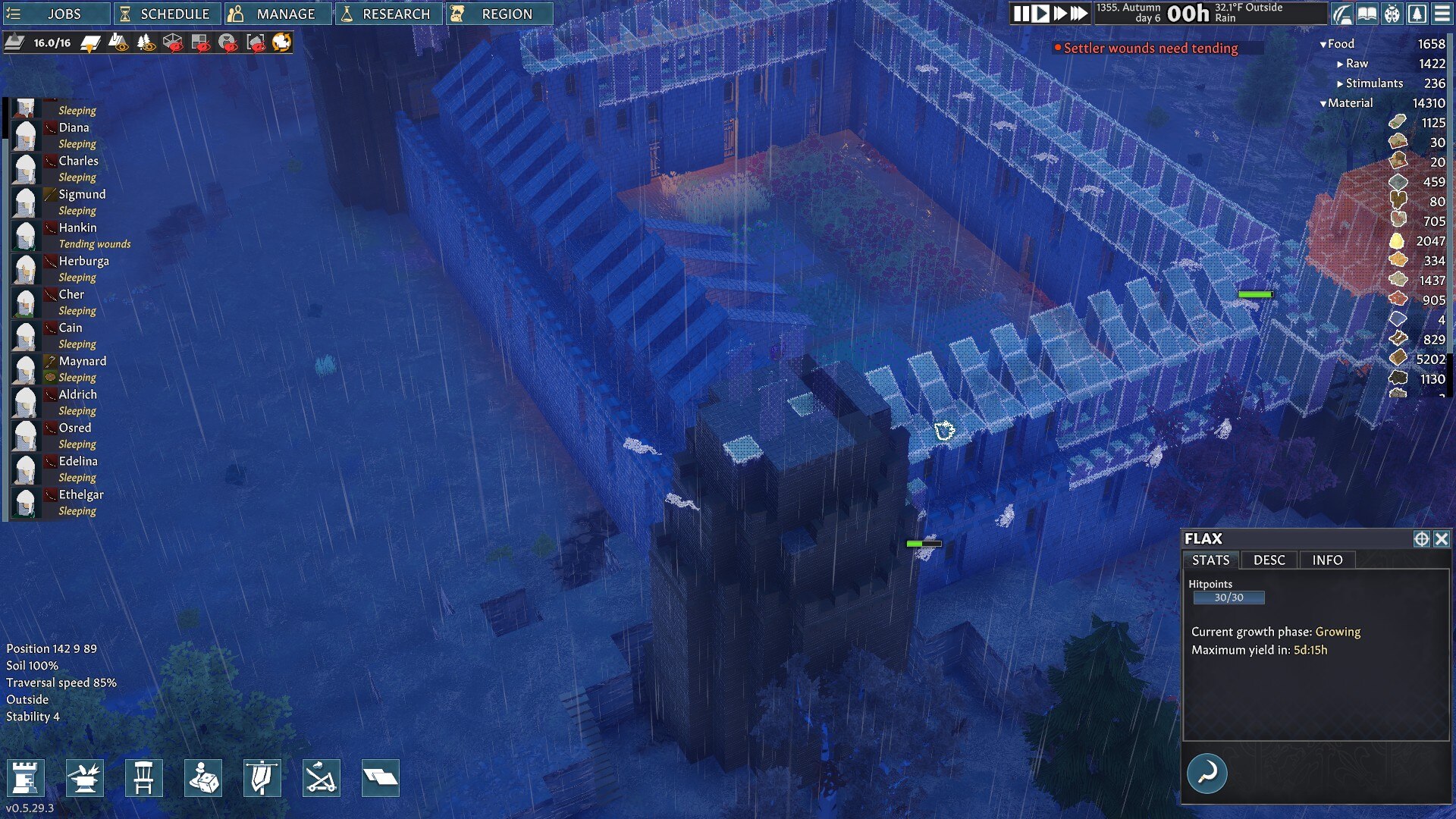 Tenth day of winter we had a raid, but they were no match for us and our castle defenses

And of course the last 2 days of winter we have the famous cold snap! 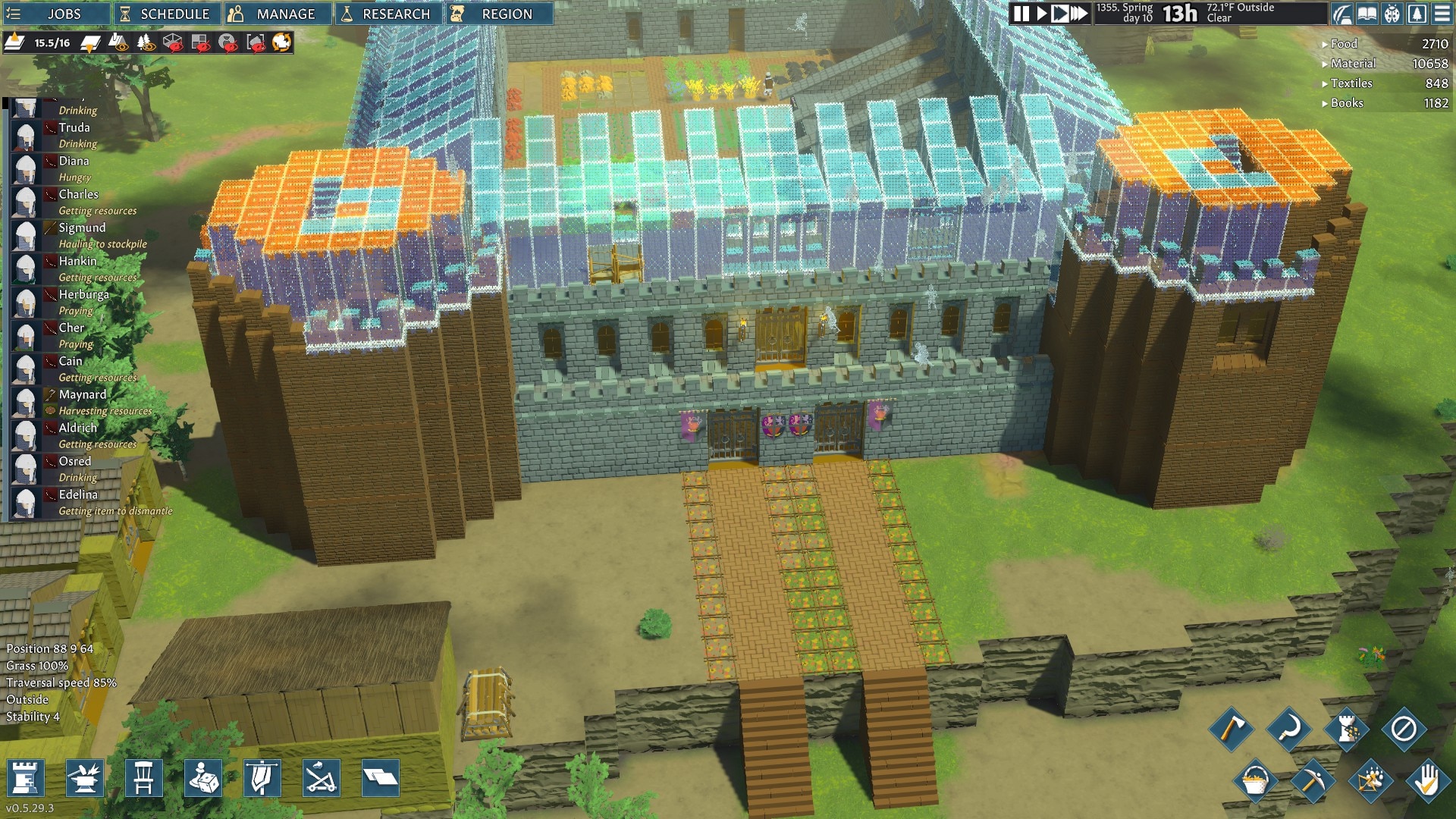 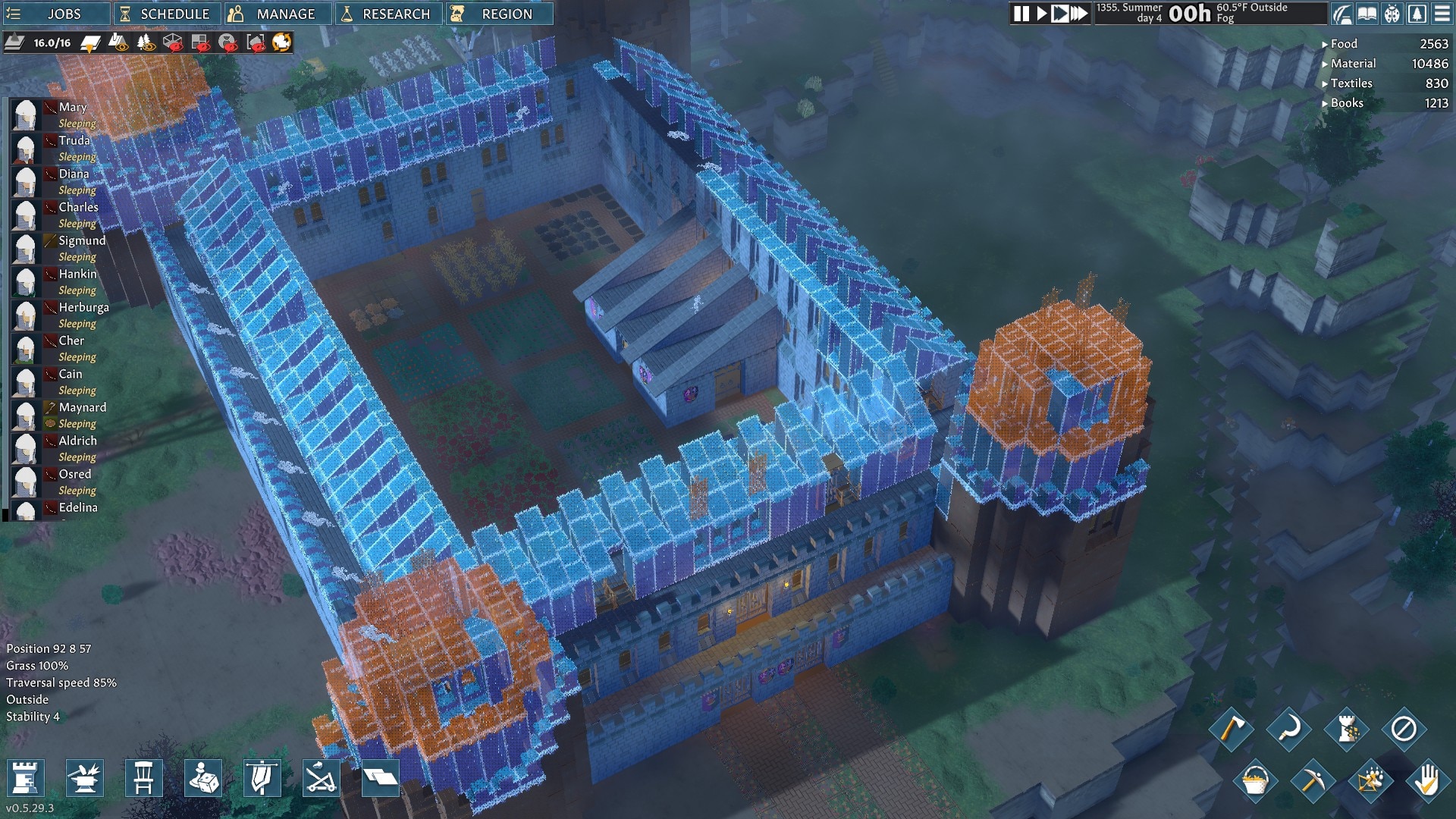 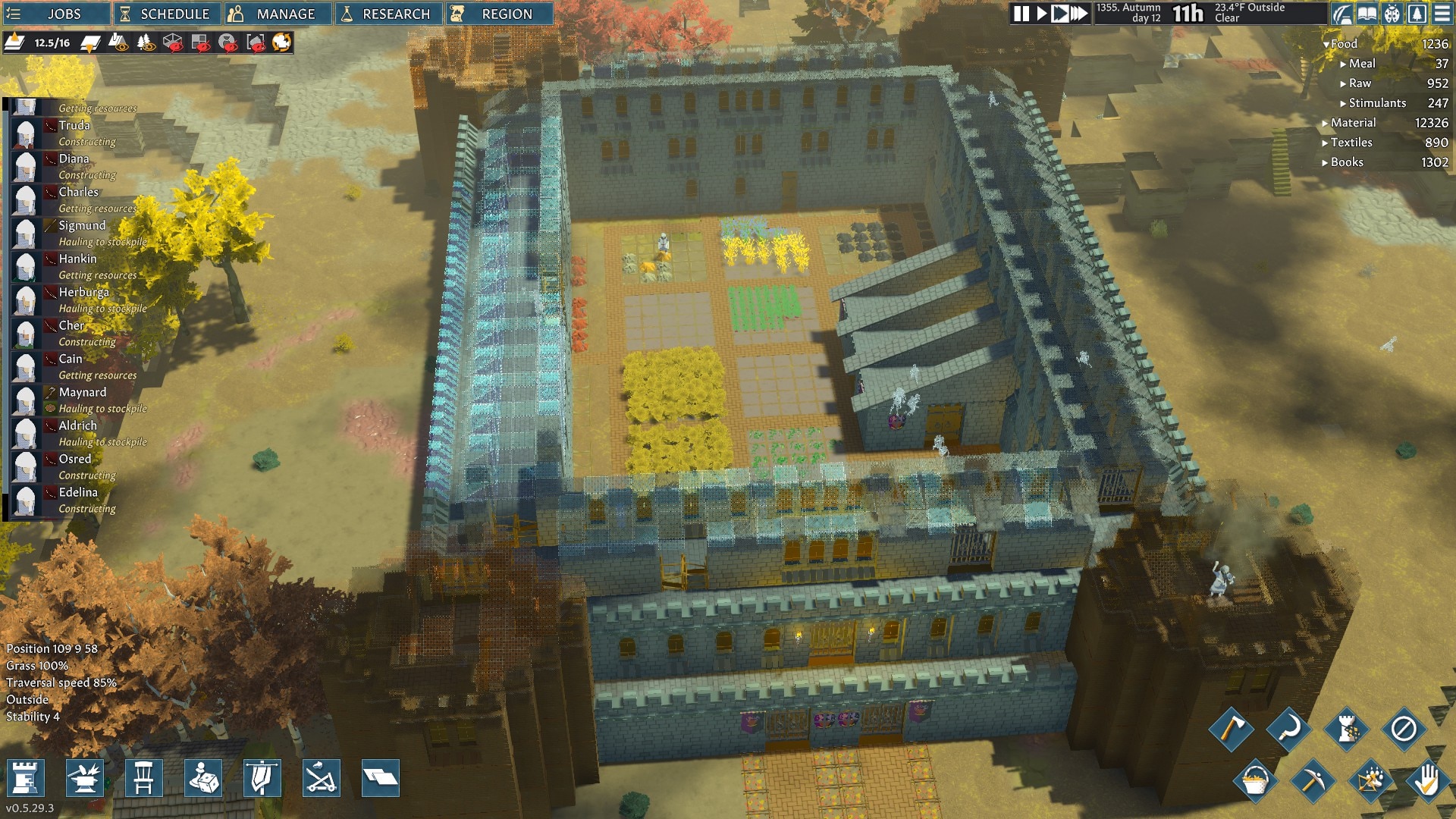 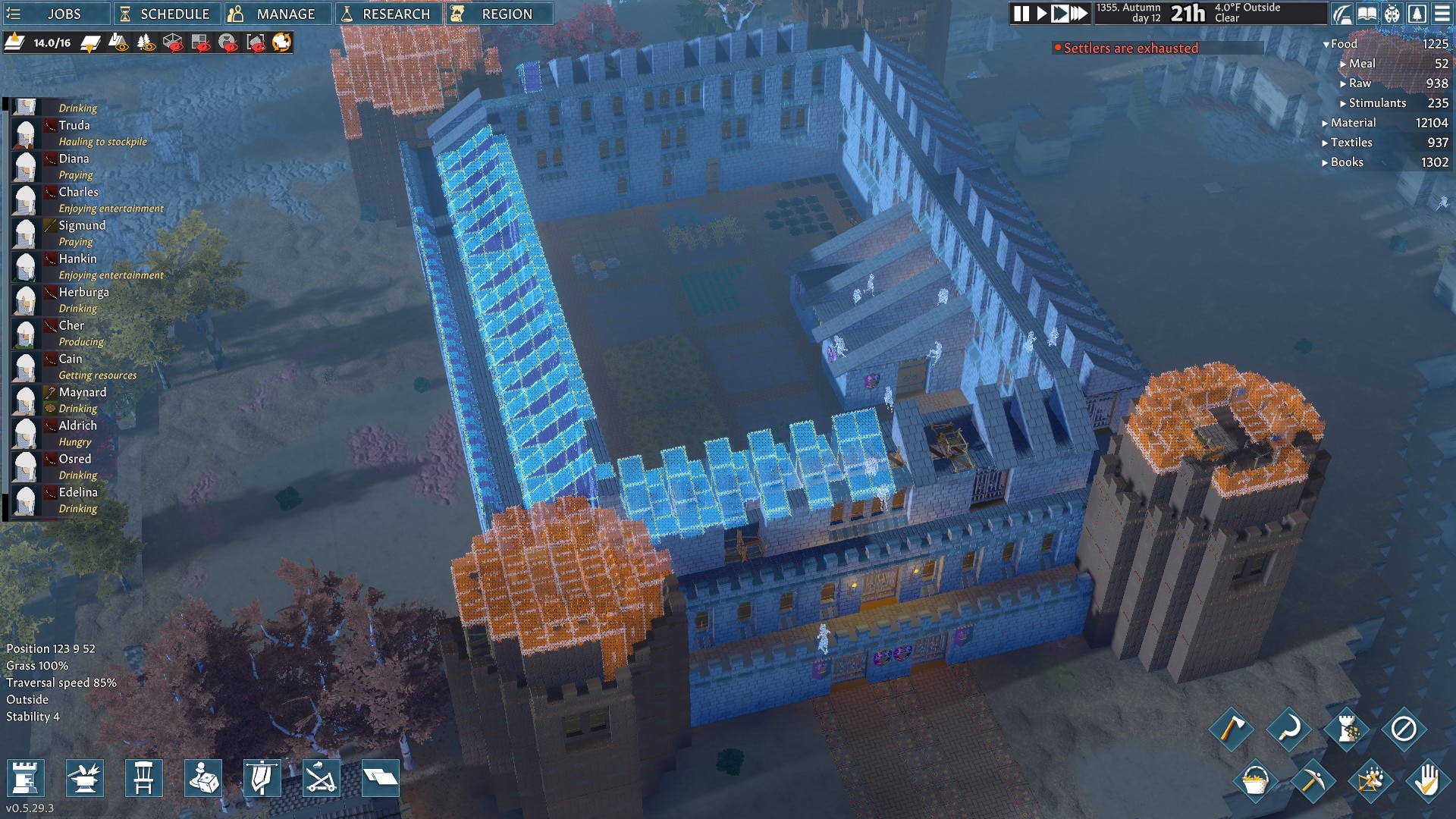