Spring came and within a couple of days, there is a Thrid Coming Attack.

First Battle of the year. Great Defences as no one got hurt 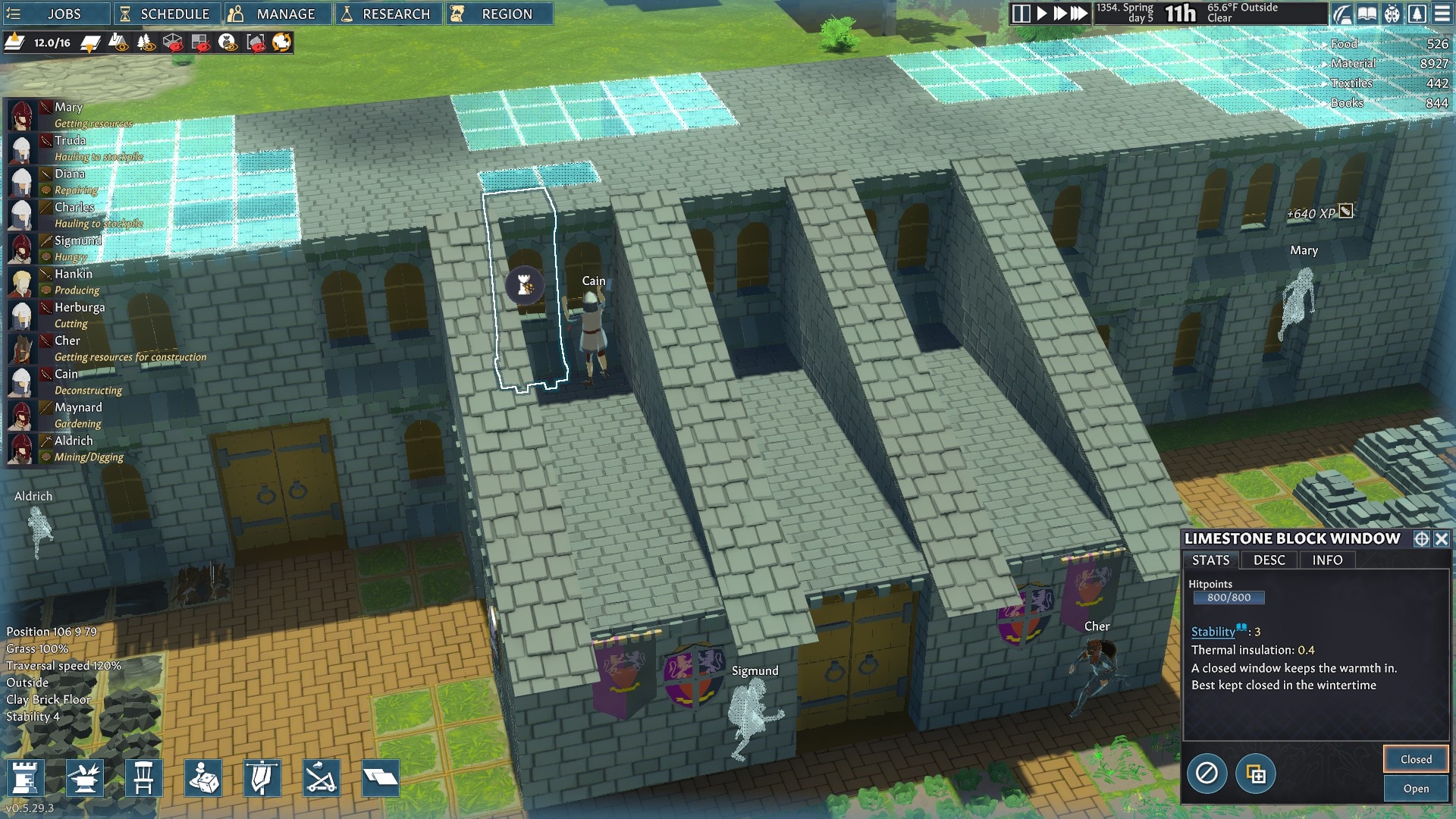 Day 2 of Summer there we had a progeny attack with catapults.  As we were in the middle of building the back end it was harder to get the archers where they could shoot them.  But Cain kept plugging them with arrows from his standpoint.  He was late to the game as he was down in the basement but he made up for it in the long run.

Level 2 of the Nunney Castle is coming along great.  With a lot of single bedrooms on that 2nd floor.

First days of Autumn we had a Third Comming Attack with catapults.  Again Mary run to them to distract them and as she was in a spot they would have to go around the whole map to get to her she stayed there punking them with her bow.  But they were determined to get her so 3 of them ran all the way around and she narrowly escaped and ran back to the castle area so the other could help her.

Then a day later we have a Forest People Raid.  As the front gate was broken in the first raid they were able to get inside easily.  But in the end, they were defeated too. 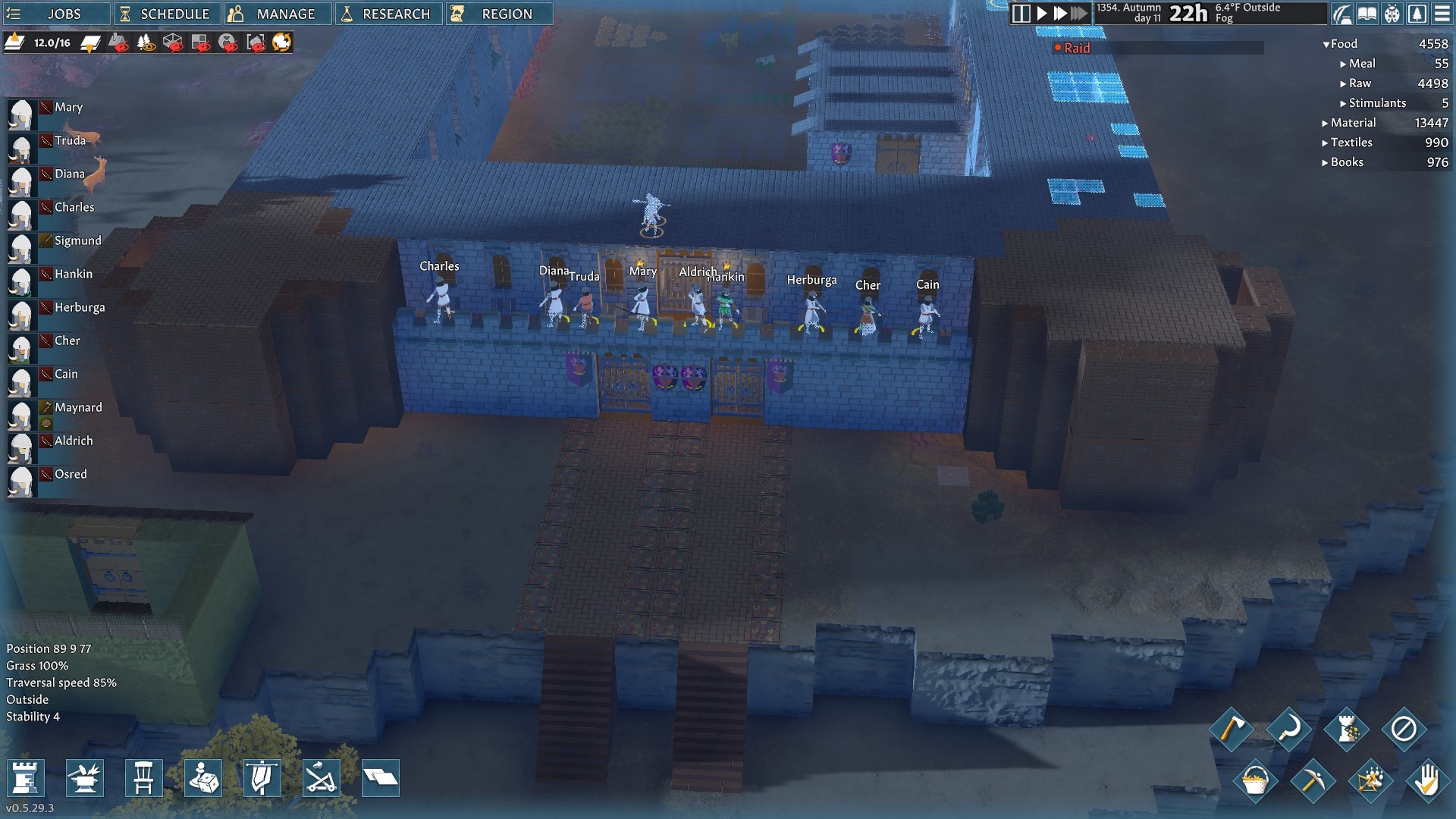 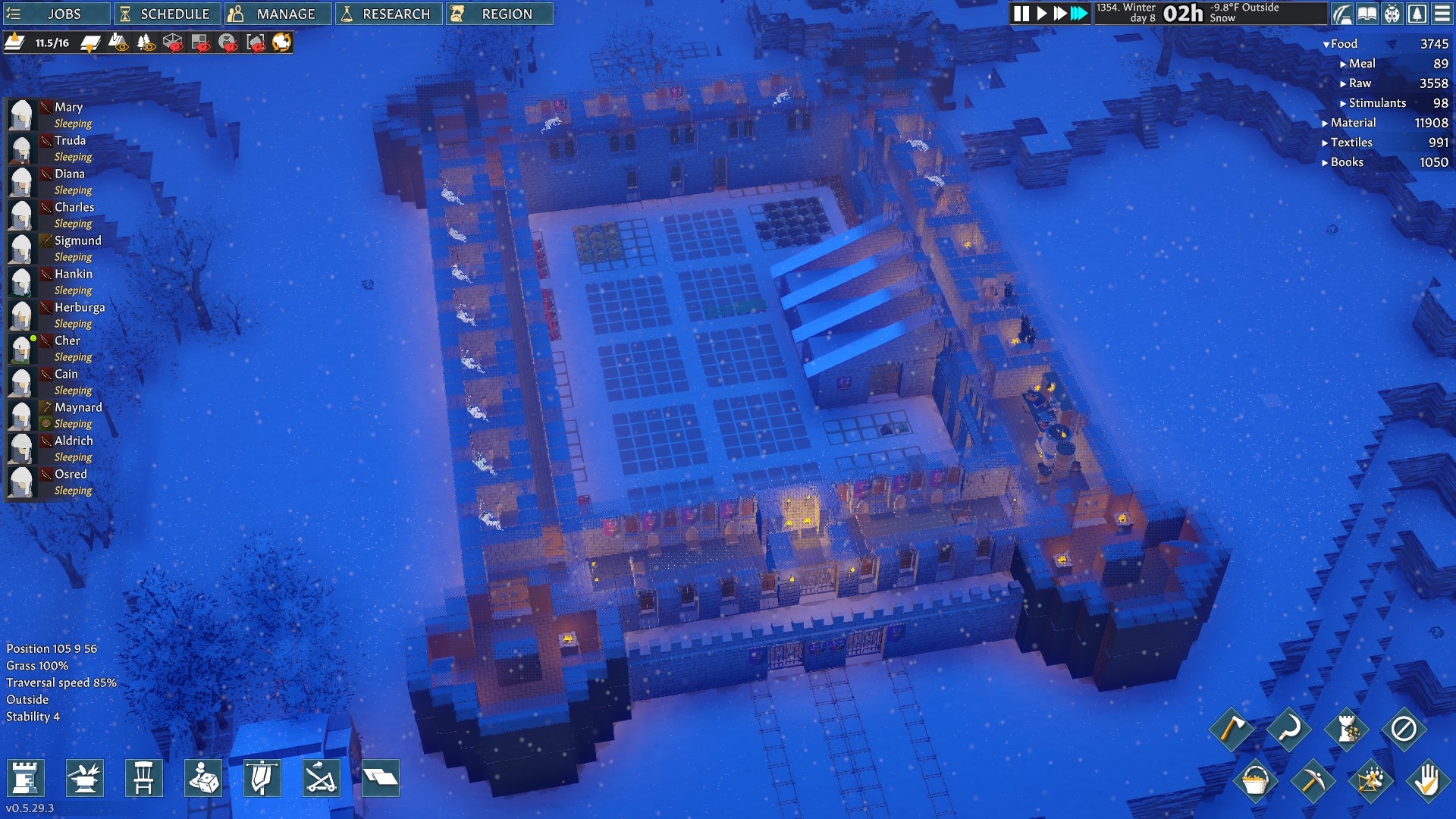 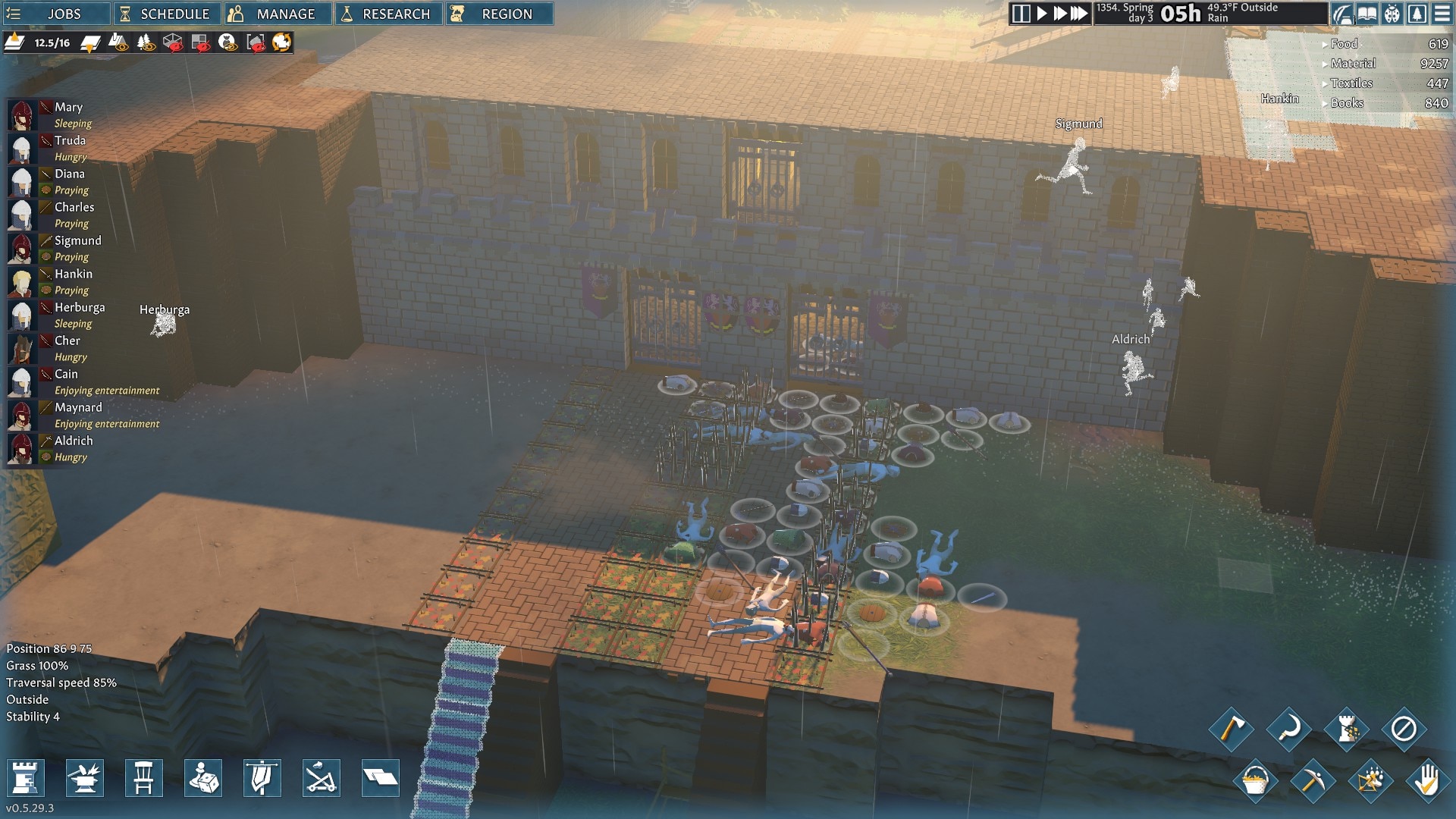 This is like the 8th person to get stuck on my roof.  I have to tear the wall down to get them out. 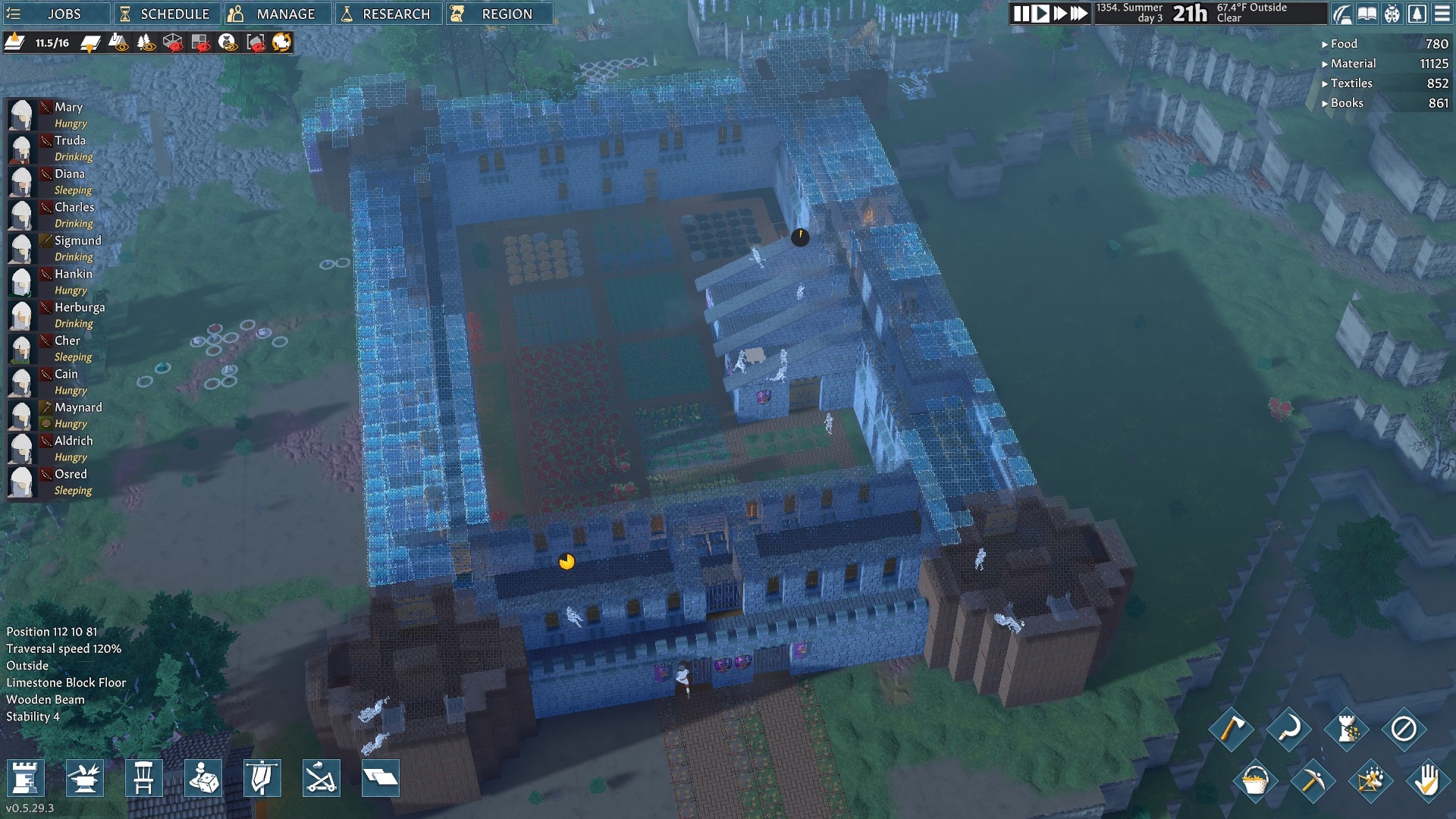 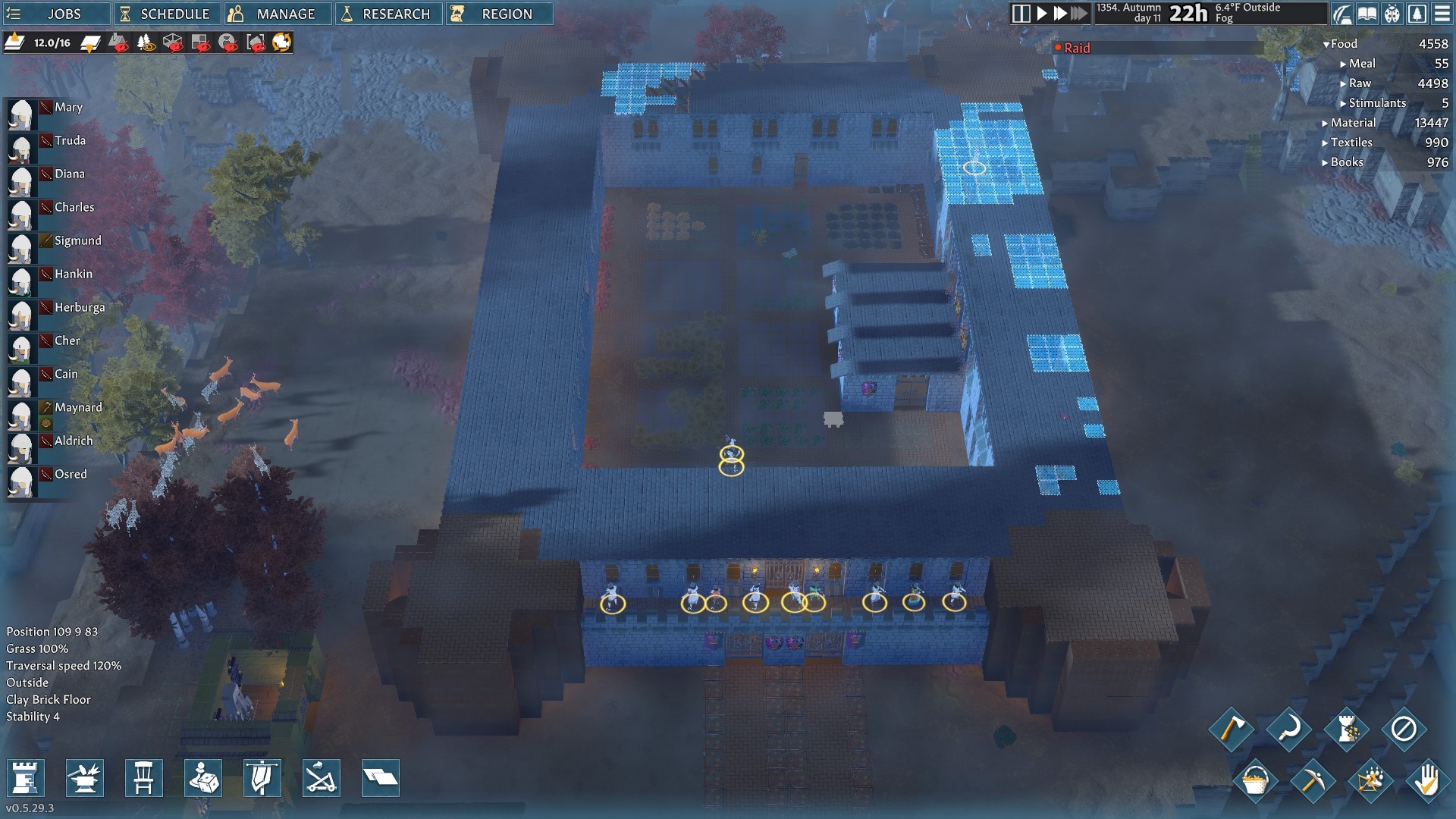 Last Days of Autumn we got another raid.  But this time the Raider were so dumb they could not figure out how to get to the castle.  In the end, it says they were defeated and the beleaguered settlers came under attack and the ordeal lasted for 6 hours.  All settlers survived the raid (safe in their beds asleep)  The stratagem was to let the mindless raiders get tired and go home.  No one was hurt on either side.

Just in time for winter and only a few roof tiles left to build for the 2nd floor to be complete.

Finally, Everyone has a single bedroom.  Keeping them happier during the wintertime.

Adding some finishing touch for a 2nd-floor grand hall.  Did I mention the game room? The building over the underground storage in the middle is a room filled with gaming tables.