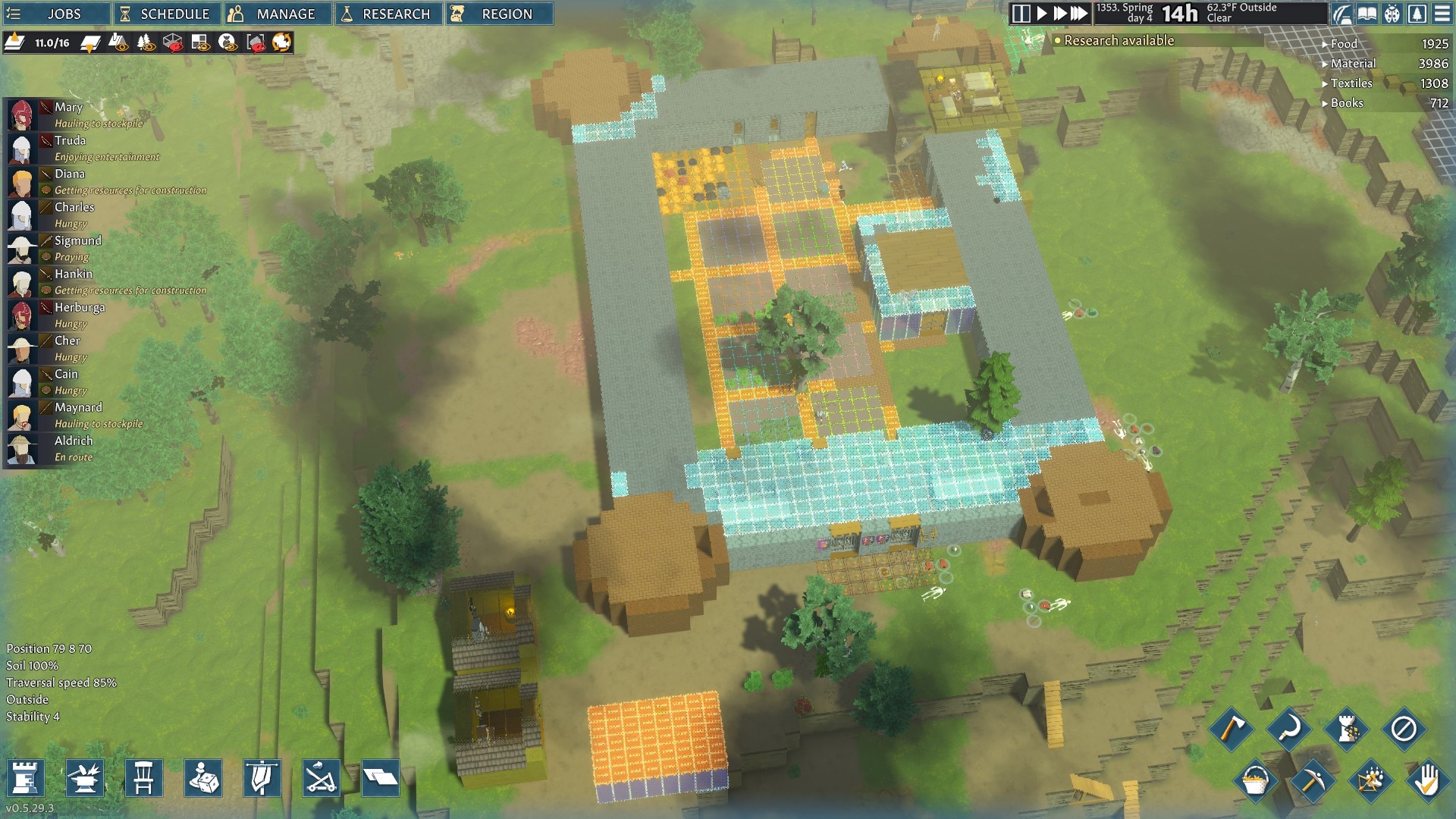 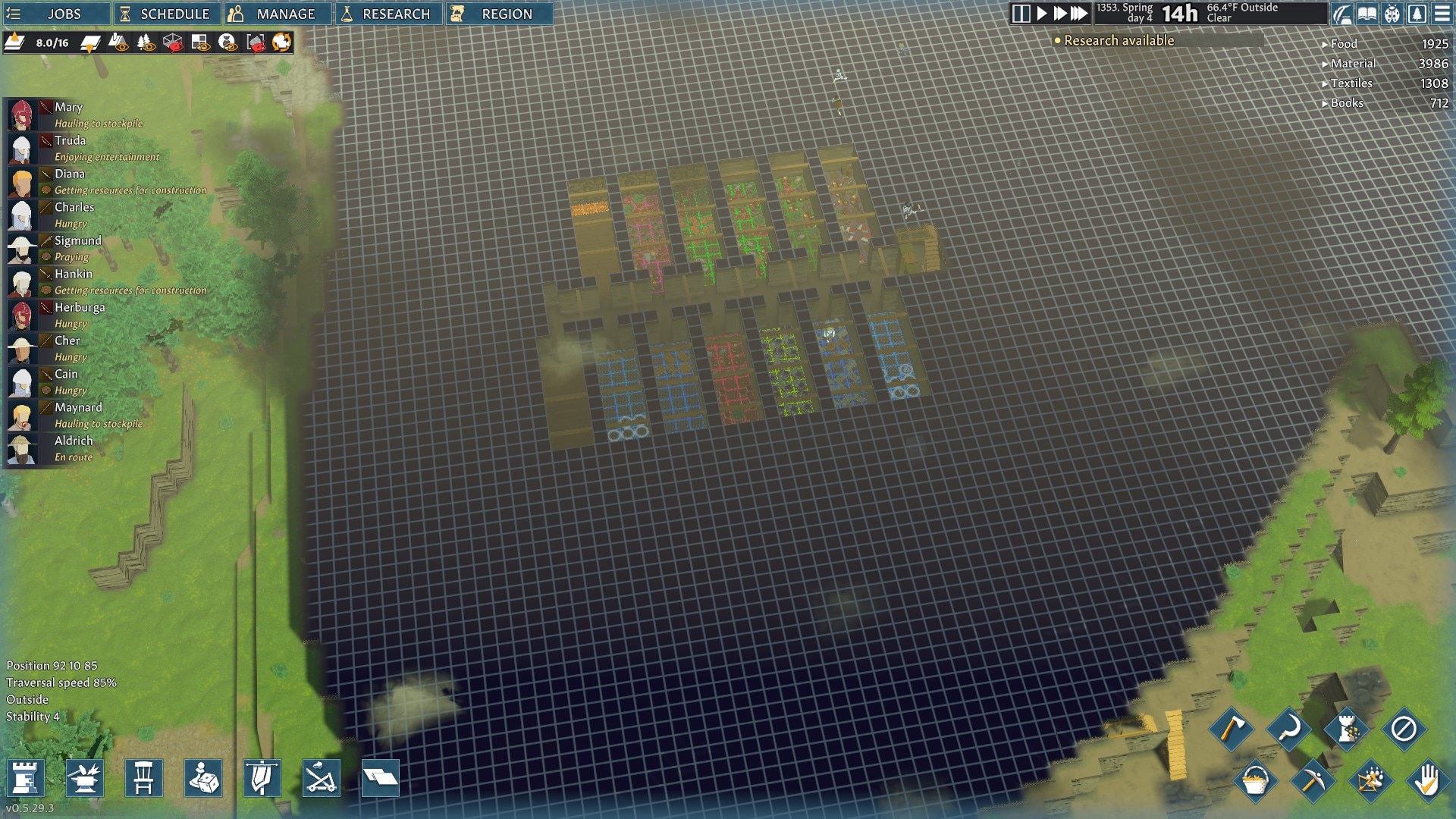 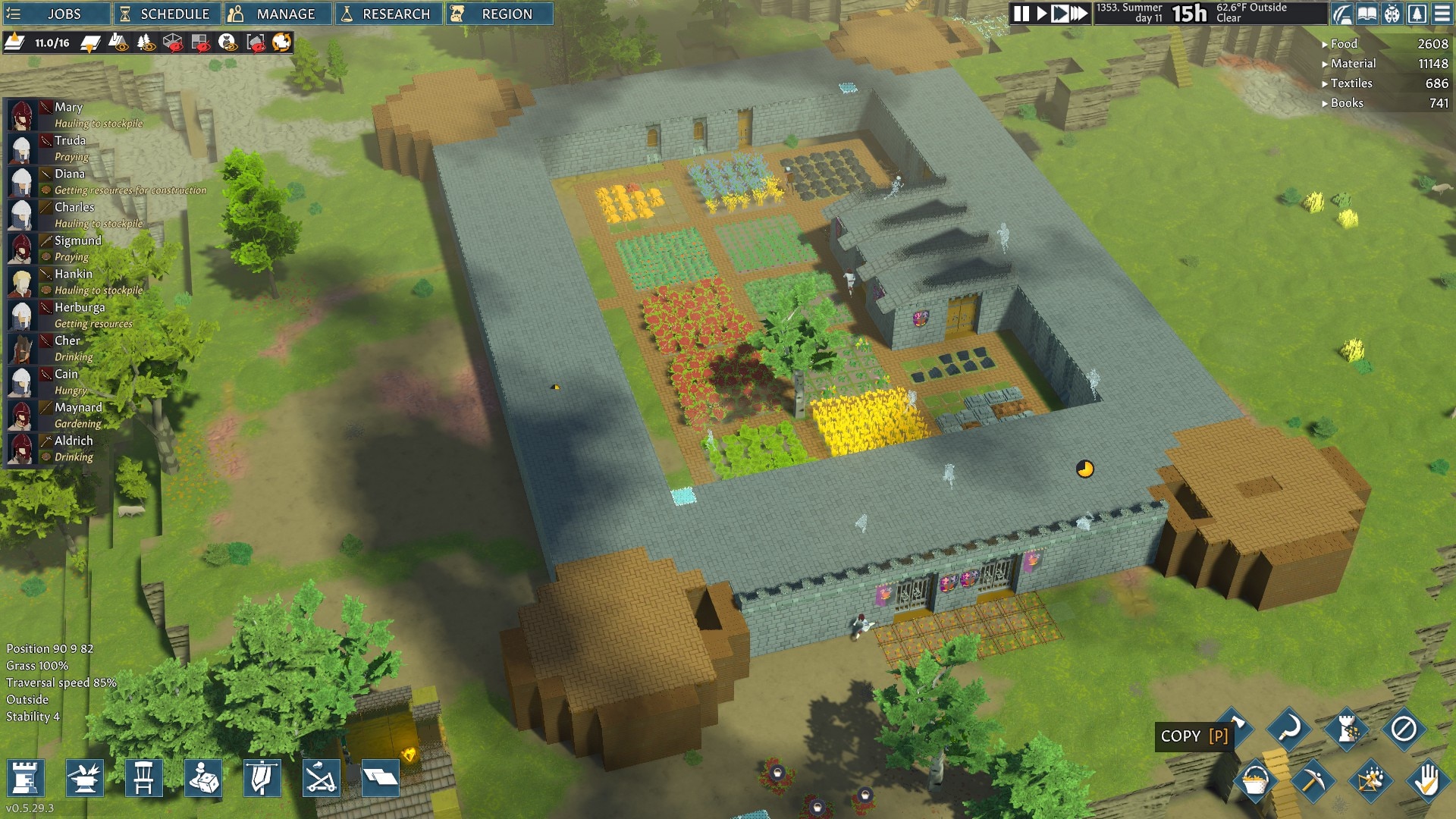 3 days into Spring and we get a progeny attack.

2nd Picture - The new storage that was dug out in the winter.  (made larger)

We got a Cross Raid with catapults but lucky Mary ran out there and pulled them to the home area without them firing a shot.

by the end of Summer, we finally have the bottom floor done.  (3rd Picture)

Mary was not fast enough this time so the catapults were used.  We had a bit of damage to the back tower where there is a back door.  But we won the battle so all is good.

This winter I got a cold snap early.

During the winter a lot of the time was spent mining out the new food storage, as the old one did not stay cool enough in the summer without a heatwave.  So the new storage is 2 levels down from the old one. built basically the same style.

And of course at the end of Winter another Cold Snap. 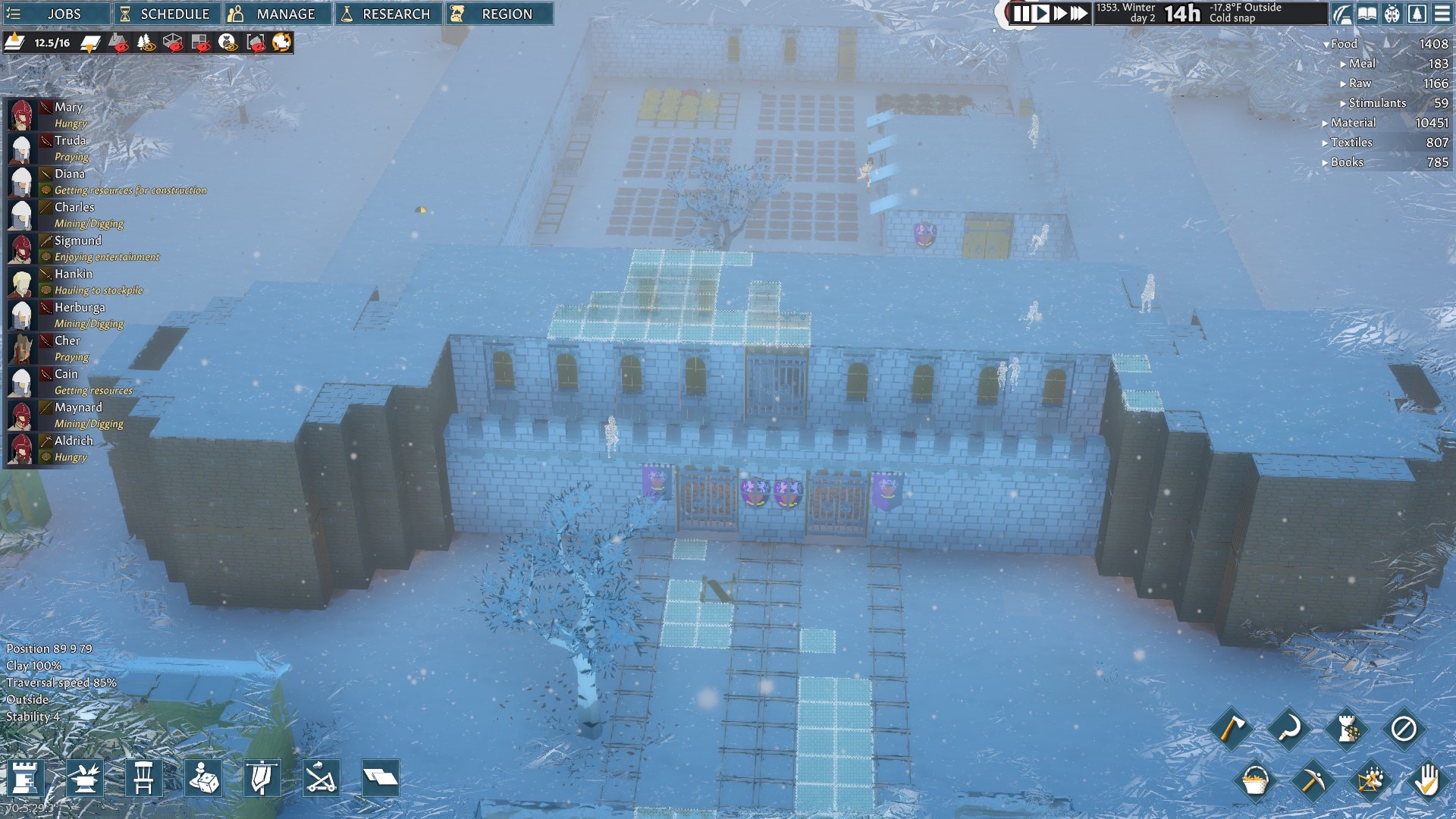