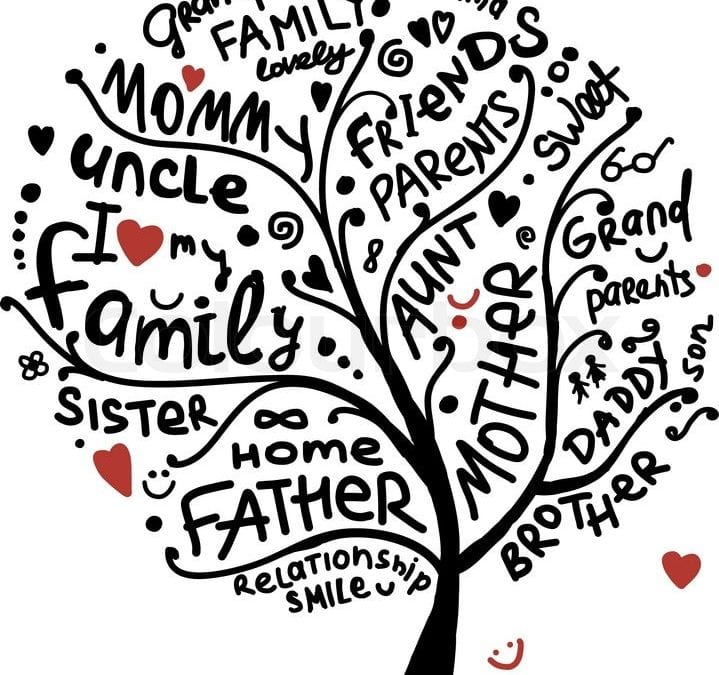 When you start thinking about building your family tree it can get over whelming and hectic to think of it in terms of numbers. Each ancestor generation doubles in numbers.
So you start with YOU that is 1
Your parents Generation that is 2
Your Grandparents Generation that is 4
Your Great Grandparents Generation that is 8
Your 2 x Great Grandparents Generation that is 16
Your 3 x Great Grandparents Generation that is 32
Your 4 x Great Grandparents Generation that is 64
Your 5 x Great Grandparents Generation that is 128
That is a total of 255 people and those are only the "Direct Line"  and now lets consider how many years "ABOUT" that is.  Lets say about an average of 25 years for each generation.  That would be 125 years, which means about 1890's. The 1890's was before both World Wars and it was the dawn of the Computing age when the United States census begin using an automated tabulating machine with punch cards invented by Herman Hollerith.  And that is only going back 5 generations.
Can you imagine how far back Adam and eve would be to us today?  Ok I mapped that out too and it is about 135 generations back.  If you want to check that out you can find that at Lady Kathleen Relationship chart page.  Instead of looking like a tree it looks more like a tangled web with strings at the top and bottom.  I actually have a couple of lines that branch out then fold back in on themself.  Almost like a diamond.
Now let’s go to 10 Generations that would be 6=256 7=512 8=1024 9=2048 10=4096. for a grand total of 4351 people in your direct line.  That means it would take 4350 people to “MAKE” you who you are.  Of course that is not counting for a cousin marrying a cousin, which happened a lot back in the “OLD” days.   According to Rutgers anthropology professor Robin Fox, 80% of all marriages in history have been between second cousins or closer.  Why is that?  People tended to spent most their lives in the same areas.
There is a concept called pedigree collapse, which is what happens when people end up with a partner who is somewhat or very closely related to them. Let’s say two cousins had a child, that child would only have six great-grandparents, not eight.  In other words 20 of the grandparents would be on BOTH sides of the chart or Duplicates.  So this would explain the diamond shape effect from about as well as the fact when you go back in time the less records would be available.  If it was not for books like the bible there would be no tracing families back to Adam and Eve.
Now if you take all of the above and add in Extended Families like Aunts/Uncles and Cousins and don’t get me started on the cousin thing like 1st cousin once removed.  The whole “once/twice removed” thing, it’s about being on different generations.
So the easiest way to think about relationships to others in the world is that everyone is a cousin of yours.  The only question is how distant a cousin are they?
So now lets really make things confusing and look at this is from the top down as in descendants and see how quickly the distance of relation is magnified as generations move down—while you and your sibling grew up in the same house, your kids will be cousins who might or might not be friends and your grandkids might barely know each other. When it comes to your and your sibling’s great-grandkids, it’s likely they won’t ever meet, and your great-great-grandkids might be best friends with each other and will never realize that their great-great-grandparents were siblings.
So in the end you might be feeling Special and Important but also Irrelevant and Meaningless.  All I can say is if your into genealogy like I am what really matters is maybe someday someone (a descendant or cousin) may stumble upon your Family Tree and find a connection.  I have met many people who are related.  As funny fact is I even hired a distant cousin not knowing we were related.  We only found out much later when we were on a break chatting about genealogy of our families.