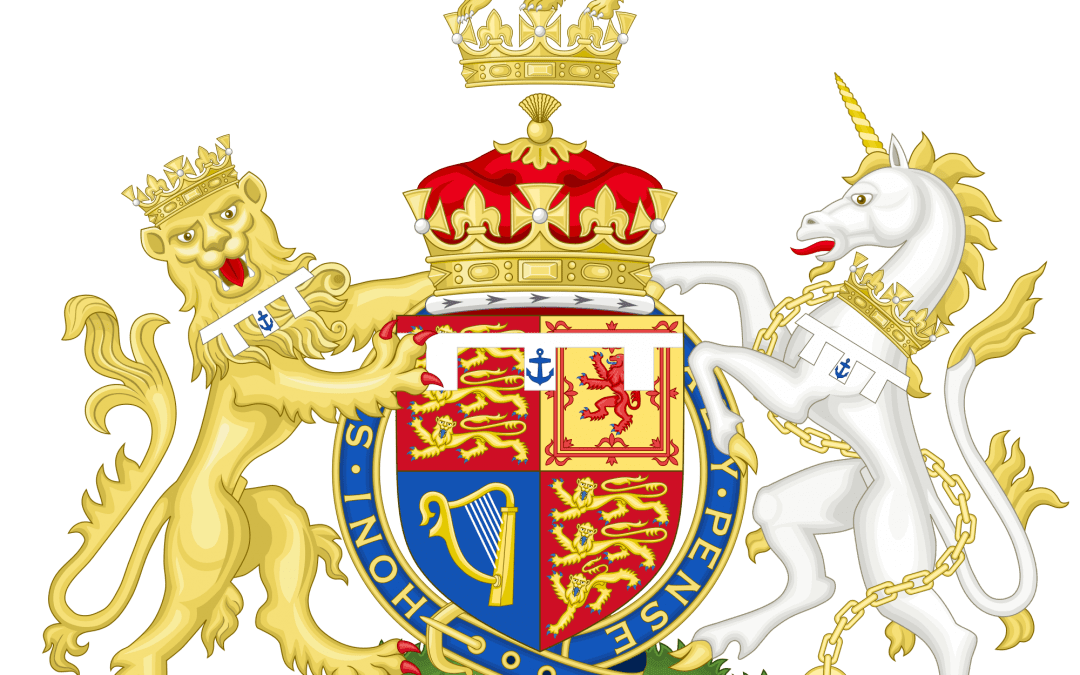 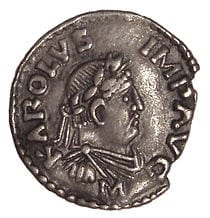 ◦From Pedigree’s of Charlemagne’s Descendants:
Charlemagne was a man of deep familial piety. As indicated by the epitaphs of his sisters Rothaid and Adelaide, he knew his ancestry in the male line back to his great-great-great-grandfather and probably far more extensively than that. Grandson of Charles Martel and firstborn of Pepin and Bertha, he had two brother, Carloman and Pepin, and four sisters, Gisela, Adelaide, Rothaid, and Gertrude. Although there was ill will on the part of Carloman, Charlemagne named one of his sone for him (it was also the name of Charlemagne’s uncle). One son, Pepin, was named for Charlgemagne’s father and younger brother (the latter of whom died as a child of six); noe, Charles for his grandfather and himself; one, Theodoric, for a cousin. Three of his daughters, Adelaide, Gisela, and Rothaid, bore the names of his sisters; one, Hildegard, of his wife (her mother); one, Bertha, of his beloved mother; one, Theodrada, of a cousin; and one, Hiltrud, of his aunt. Only seven – Louis, Lothair, Hrotrud, Adaltrud, Drogo, Hugo, and Rothild-of the eighteen were not named for members of his immediate family.
Initially Charlemagne expected a closely knit family alliance by virtue of his marriage to a Lombard princess, one whose sisters was married to his brother and joint king, Carloman, and another to his cousin, Duke Tassilo of Bavaria. But this plan collarpsed when he divorced her. A young cousin, Adalard, disapproved that action so strongly that he denounced it and abandone court for life as a monk. Later, however, the rift was healed and he became an influential adviser to the palace, as indeed so did his half-brothers and sisters, Wala, Bernarius, Gundrada, and Theodrada.
Charlemagne had ten spouses: at least four, more likely five, lawful wives; at least five, possibly six, mistresses; and he had children by all but two of them. There were ultimately eight boys and ten girls. Ten or eleven died before their father. So far as we know, only two of his children had descendant beyond the second or third generation.
About 768, at the age of twenty-six, Charlemagne took as his first spouse a high-born lady named Himiltrud. Einhard says that she was a concubine, but other evidence just as strong, if not stronger, indicates that she was a lawful wife. Certainly the pope considered her such. The child of this union, born about 769, was Pepin. Although described as of handsome face, he was unhappily deformed, a hunchback. Charlemagne loved the boy nonetheless and kept him in the family circle until 792 when Pepin was about twenty-three, but there were difficulties. Both the Byzantine east and the Teutonic west of that day believed that a serious physical defect was an impediment to possession of royal prerogatives. Whether rightly or wrongly, some of the Franks looked upon the child as illegitimate. And, moreover, the marriage and probably conception had occurred before Charlemagne was a sovereign ruler.
Emperor Charlemagne QUENTIN, the Holy Roman Empire