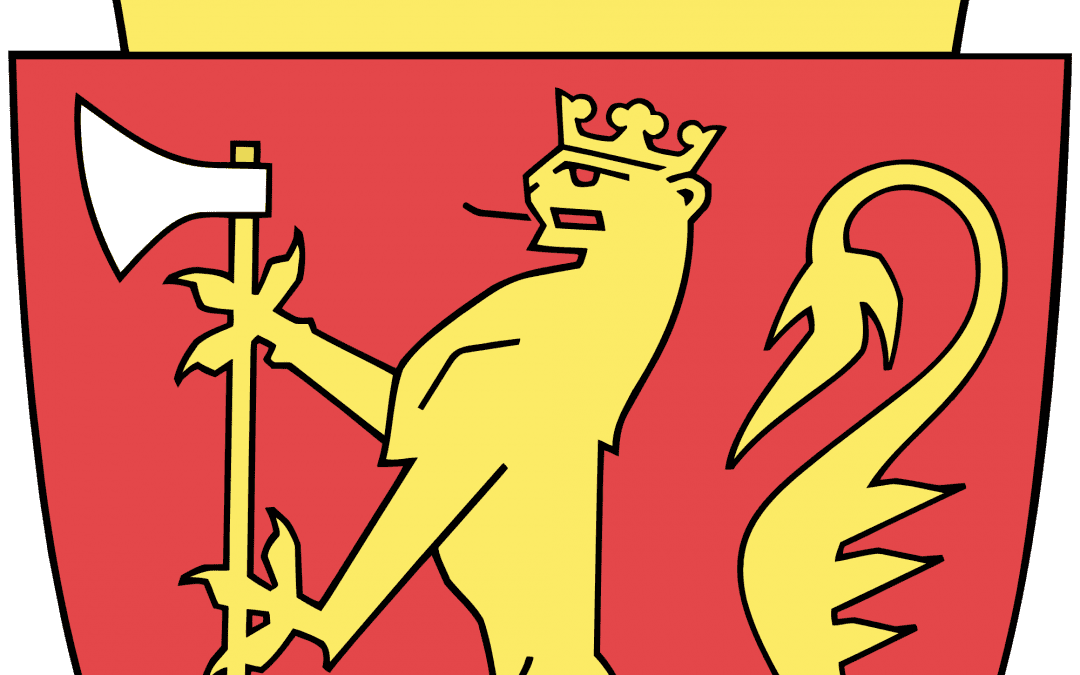 For years I have been on the search for this connection.  I have gotten close, so now I am asking you for help with this one.  The search all started 30 years ago when my daughter Rebecca and my son Jon were very young.    I had recently married Marlin Staveness while I was over in England.  My father was stationed at a Military base in England and I went to High School at Lakenheath England which is where Marlin was stationed with the Military.
On one of my first visits to Marlin’s parent’s house, his mother (Mary Jane Froggner Staveness) and I started talking about our genealogies.  She mentioned her ancestors were HAMILTON.  Knowing my mother had done genealogy I knew my ancestors were also named HAMILTON.  She mentioned that her Hamilton’s had something they called the “Hamilton Finger” a crooked pinky finger.  Looking down at my hands we both noticed that I, Kathleen, had a crooked pinky finger.
So the search was on and this is what I found so far:
Both sides of the family both indeed have Hamilton’s and both sides of the Hamilton families lived in Skagit Washington at the same time. On the Same1910 Skagit County Census lists Frank and James in Sedro Woolley Precinct 2, Skagit, Washington and Motz and Daisy in Hamilton, Skagit Washington The places are 12.9 Miles apart.
In 1883 Frank R owned a historical Farm which is now called Ovenell’s Heritage Inn at 46276 Concrete Sauk Valley Road, Concrete, Washington, which is only 30 miles from where William Alexander Hamilton lived in Skagit River, Washington.
Both sides of the Family lived in the Skagit County Washington Area between the years 1883 and 1939.
I have yet to find the actual connecting persons but I think I am getting close.
Here is the time line in picture form to help see the connections (the picture has a lot of notes to help see the connections: 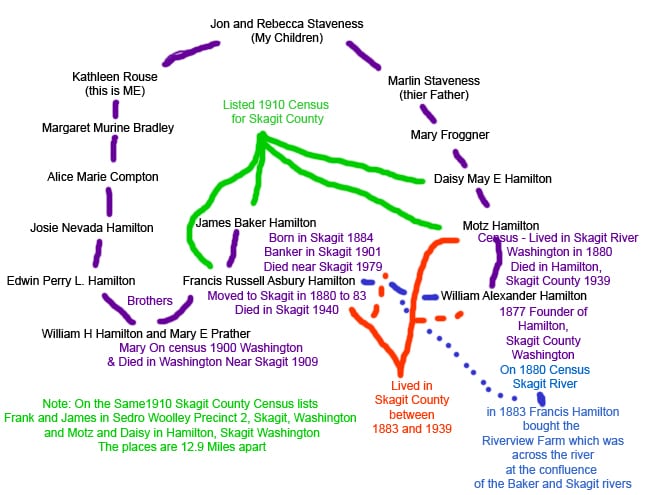